You do not dream, Them’s Fightin’ Herds will take you to amazing fights……. with ponies! But not only, since a story mode is also present. It was edited by Modus Games, Humble BundleMaximum Games and developed by Mane6.

Them’s Fightin’ Herds, characters so lovable but so ruthless

Indeed, you will manage unicorns, sheep, cows, small ponies, etc. However, they are all there for the same thing namely……. VICTORY !

This fighting game is in 2D, but with a really interesting artistic direction and very pleasant in terms of visuals.

We find a somewhat cartoonish universe with animations, especially in the combat phase, absolutely impressive. 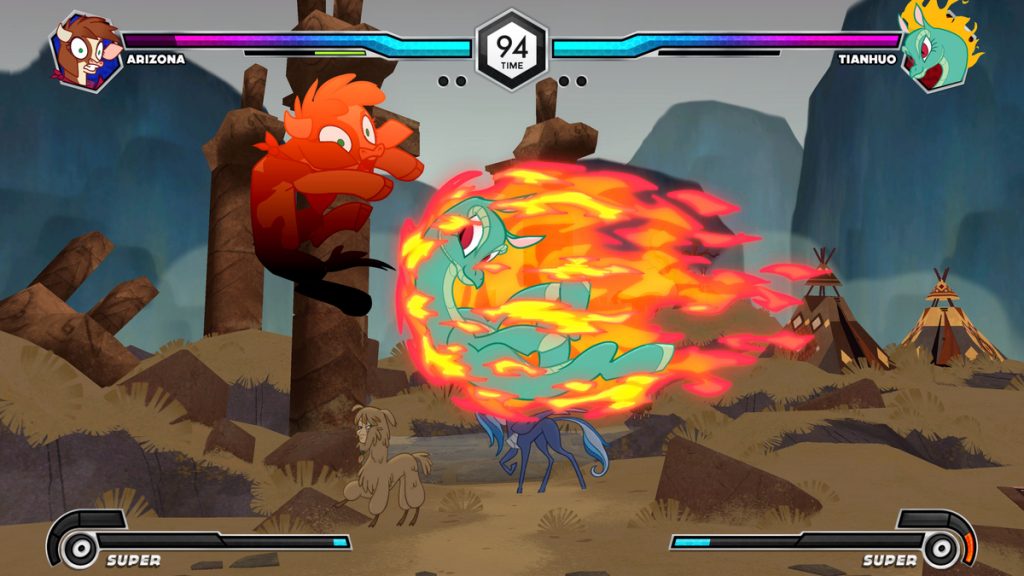 One might think that Them’s Fightin’ Herds is designed for children. Admittedly, it presents a somewhat childish mode…. But if you want, more difficult modes are present. And, sincerely, the combat mechanics, with 4 buttons, the combos, the defenses, allows us to find ourselves here a real precise and strategic combat game.

A system of magic and super attacks will allow you to gain the upper hand over your opponents.

If you ever decide to vary from the Arcade mode, you also have a single player mode against artificial intelligence (AI). But, of course, this is a local versus online mode.

This will allow you to face online players like any recent fighting game. 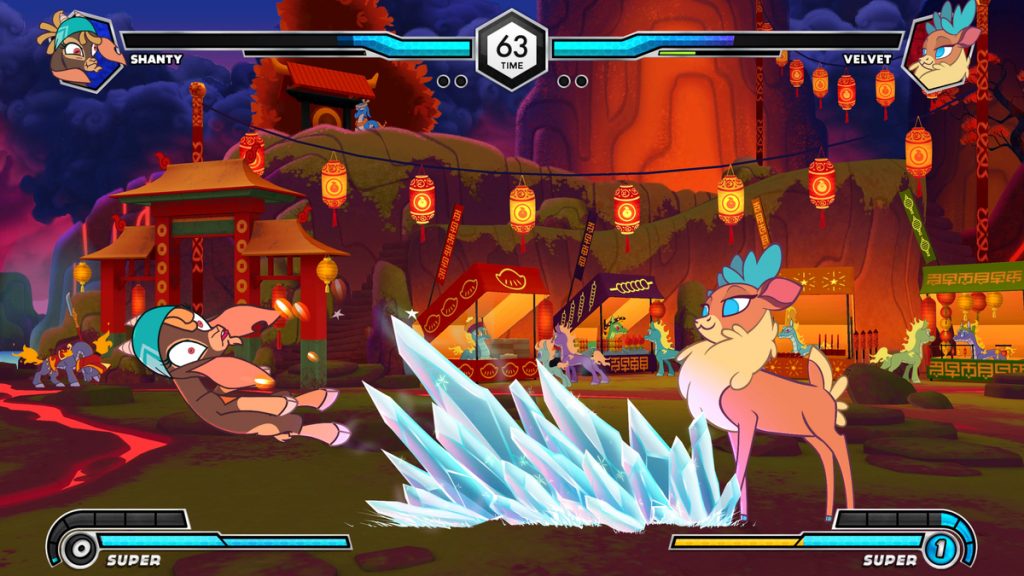 The biggest surprise certainly comes from the story mode. Indeed, initially, we are in a fighting game. However, in the end, the story mode takes you on a real adventure with a pixelart world. Honestly, the idea is great, we will first embody a cow who will want to join Renneville in order to save the world.

In other subtleties, we have a replay system, allowing you to review your fights frame by frame.

There is also a system of dynamic music that adapts to each character, but above all to each shot.

Really, I was pleasantly surprised by this Them’s Fightin’ Herds and the cartoon side of its animals brings a real novelty.

It is available on Nintendo Switch, PS5, PS4 and Xbox since October 18.

Here is the trailer for those who still need to be convinced: