Home page Games Outshine – The science fiction of living a story by typing it yourself!

Outshine – The science fiction of living a story by typing it yourself!

Outshine is a typically European game. It is developed by Fishing Cactus, a Belgian studio and published by Plug In Digital, from Montpellier. It’s a typing game in a Sci-Fi atmosphere (science fiction) immersive with an original story. All wrapped up in an experience similar to the arcade games of my time (yes, I’m not very young…). But then, is typing on your keyboard “fun”? 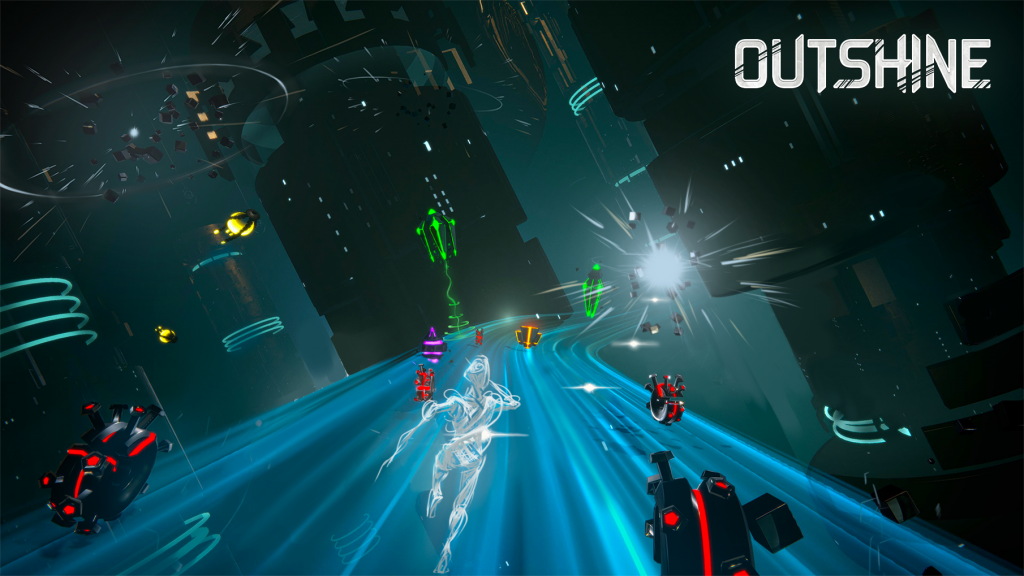 The central mechanic of Outshine is therefore the strike. We play with Hue, a character who evolves in futuristic levels and advances on his own (like in the games Endless runner on mobile). But, enemies want to prevent us from continuing on our way. And they are many ! To beat them, you must therefore hit the words that appear above them (see the image below).

Outshine of action and learning

Typing words on the keyboard, easy isn’t it? The complication comes from the frantic pace of the game! So we have to make choices all the time: which word to hit first? Which enemy to prioritize? When to use our special attacks? Which path to take?

We are thus glued to our keyboards to strike as quickly as possible. However, we must simultaneously make important decisions in short intervals of time. And, it puts us in such a state of Flow that we no longer want to stop playing. In addition, end-of-level stats give us a wealth of information about how we hit. This motivates us to hit better and faster. Improving our spelling and our typing speed then becomes a game (but not child’s play).

Live the story through the main mechanics

The brilliant idea, which our Belgian friends had, is that of passing the narration through the mechanics of the game. Indeed, in the stages of saving the latter, we are served with the history of the Outshine. But, these are also striking moments! We’re not just typing words anymore, but whole sentences that tell the story of the game. And, typing the game’s story ourselves adds a very original seed of immersion. We really feel part of the story.

The artistic universe of Outshine is ready to complete the immersion in the world of Hue. The levels are beautiful, the special and sound effects are neat and the soundtrack enjoyable. Still qualities that make us want to come back.

Precisely, the eighteen levels end up being a bit repetitive in terms of playability. But, we gladly dive back into it just to travel the virtual highways and discover new scenery, new enemies and the end of the story. And, also to be at the top of the ranking. Because we must not forget that Outshine is an arcade game. There is a ranking for each level! And, battling against opponents from all over the world spices up the experience even more.

So whether you already love typing games or want to try them out, Outshine is a great option. Not to mention that playing to improve your typing speed is the best way to learn. I would have liked to have had it in my youth, because I could have written you even more articles!

Now it’s your turn to strike!

Like
Previous Article
Interview with Gabrielle Trépanier-Jobin
Next Arcticle
Black Desert Mobile What does the Road to Glory season 10 have in store for us?