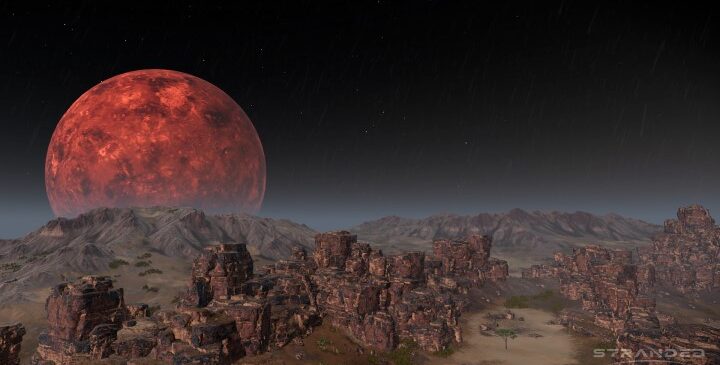 A brand new survival game available in early access since October 2022, Stranded: Alien Dawn is already about to enjoy its very first update. Offering new challenges and playable characters, revisit the classics of this simulation game through this new update namely, Dunes and Moons. 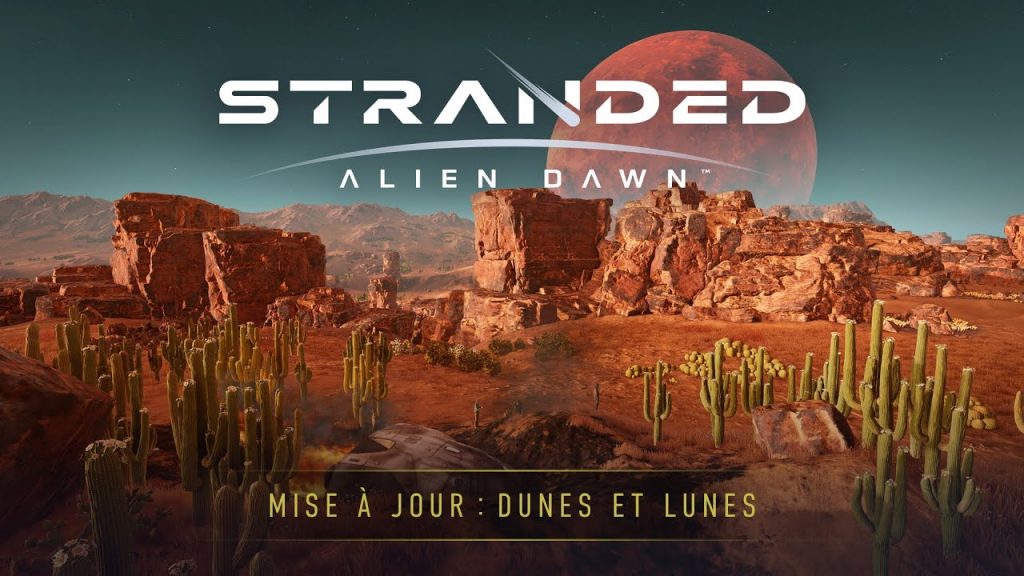 A quick look back at Stranded: Alien Dawn

Indeed, in order for you to properly understand what awaits you in the next update of Stranded: Alien Dawn, you must already immerse yourself in the game. A survival simulator developed by Haemimont Gamesin collaboration with Frontier Developments, Stranded: Alien Dawn throws you into a hostile environment survival situation. However, unlike the various games you have practiced since, remember that in this game, the alien will be you. Indeed, it is you and your colleagues who end up on their planet, and not the other way around, although the planet itself is extraterrestrial. Without a survival ration, you will have to learn to control yourself and try to survive at all costs, until help arrives. Obviously, you will also have to forge a steel mind to withstand this pressure, in addition to the responsibility of having to watch over your colleagues. 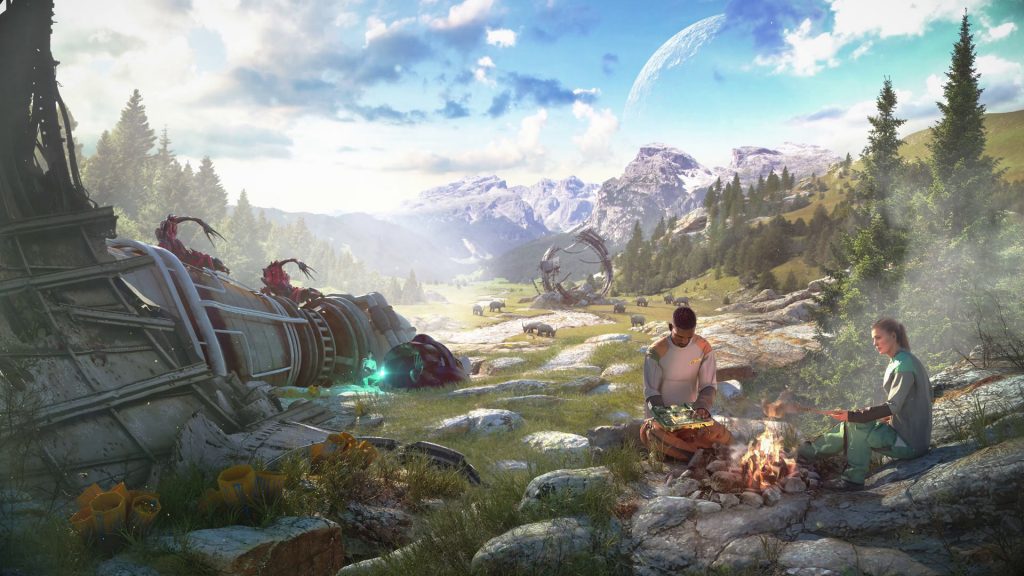 Like you, your friends will need a good cry to get rid of their stress. However, this does not mean that you have to spend the day there, because you will have to start by finding something to drink and eat, thanks in particular to the escape pod. However, after a while of going around in circles, the morale of your teammates gradually drops, even causing a mental breakdown. As soon as this stage is over, each player instantly regains his enthusiasm and begins to repair the damage he may have caused himself. Although at the beginning, the landscape is clearly flowery and green, be aware that the weather can change at any time, and spending the winter without anything is not a good initiative. Yet many people still make this mistake today, mistaking their anticipation for winter. However, be aware that your survivors are quite resourceful, and that they easily manage to divide up all the tasks to be carried out, by following a well-developed schedule. Obviously, in addition to the survival rations, you will also have to work to develop your small makeshift camp into a solid permanent base, from the materials that they can pick up everywhere in the game.

Dunes and moons, this is the title of the new update for Stranded: Alien Dawn which will enter its early access from December 1, 2022. This update promises to return to various points of the game In addition, it also offers many new features that will please everyone. Through this game, you will discover all the previous biomes, accompanied by a newcomer, namely the Desertum biome, and like its name, we can quickly deduce that we are talking about a desert here. This new biome will put you face to new challenges, and who says desert says dunes, mountains and sand as far as the eye can see. Therefore, you should expect to be attacked by sandstorms at all times. 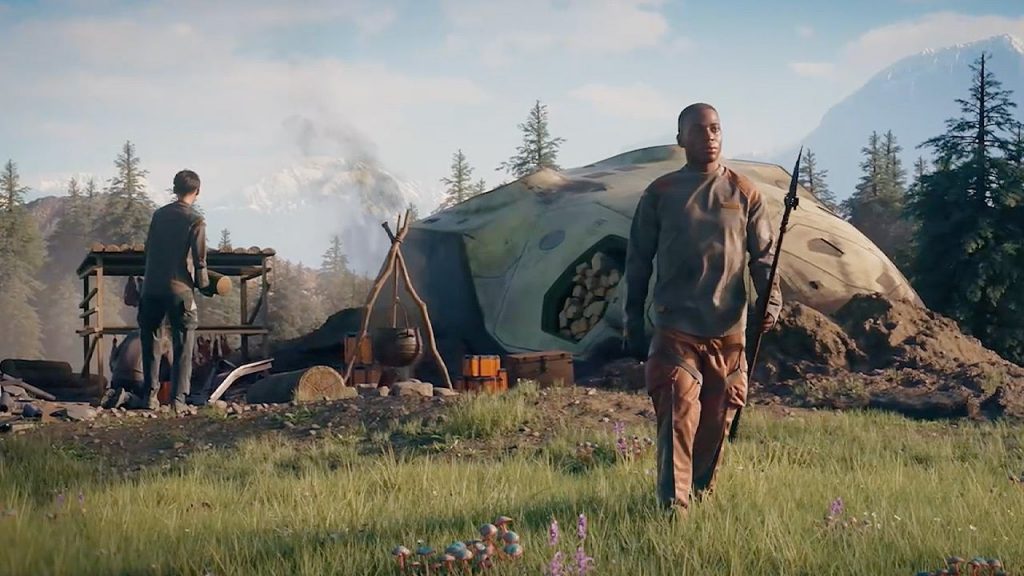 However, rest assured, with practice, you should easily manage to control these climatic hazards, and continue your progress. Knowing that this is not the only danger offered by Desertum, so you will have to be extra vigilant. Indeed, who says new biome, also says new adversary, and to do this, you will have the honor of discovering a brand new desert threat, namely the Tekatli reptilians. There are also human-sized dinosaurs, which are particularly hostile and dangerous. However, to face the desert climate, a new character is added to the lot, named Sora, this last figure among the best imaged characters of the game. Specially equipped to face the climatic conditions of the Desertum, this new character promises to be essential for this new survival mission. The latter will then guide you in how to overcome the Tekatli reptilians, with their long claws and sharp fangs.

Speaking of missions, know that you will also have access to three new moons through this update, and each moon has its own specificities. Starting with Jason, which offers you to rub shoulders with more enemies, Nyx which will offer you more frequent night attacks, and Chaos which offers great climatic instability. As you might expect, you’ll still need to establish bases on each moon, to make sure you can deal with the various attacks you’ll come across. Especially since this will allow you to limit your human losses and work for your prosperity, because help is not about to arrive. Especially since, so far, you still have no means of contact with the earth, to hope to be repatriated. Because of this, it is imperative for you to continuously practice and expand your base as you go, until you can finally leave this alien planet, wherever you can overcome all the predators of this world. .

Anyway, it should be noted that with the arrival of this new content, Stranded: Alien Dawn seems to be getting closer to its final form. So is this a sign of an official release date?