Home page Games Solasta: The Crown of the Magister a successful dice roll?

Solasta: The Crown of the Magister a successful dice roll?

Tactical Adventures is a French studio, which offers us with its first production an experience similar to that of a paper role-playing game. Wizard of the Coast granted the license to the French studio to use the rules of Dungeons and Dragons of the SRD 5.1 (System Reference Document) which is a compilation of rules, mechanisms and characteristics made available to creators. Regulars will therefore find familiar ground here. But, concretely, what is Solasta: Crown of the Magister ? 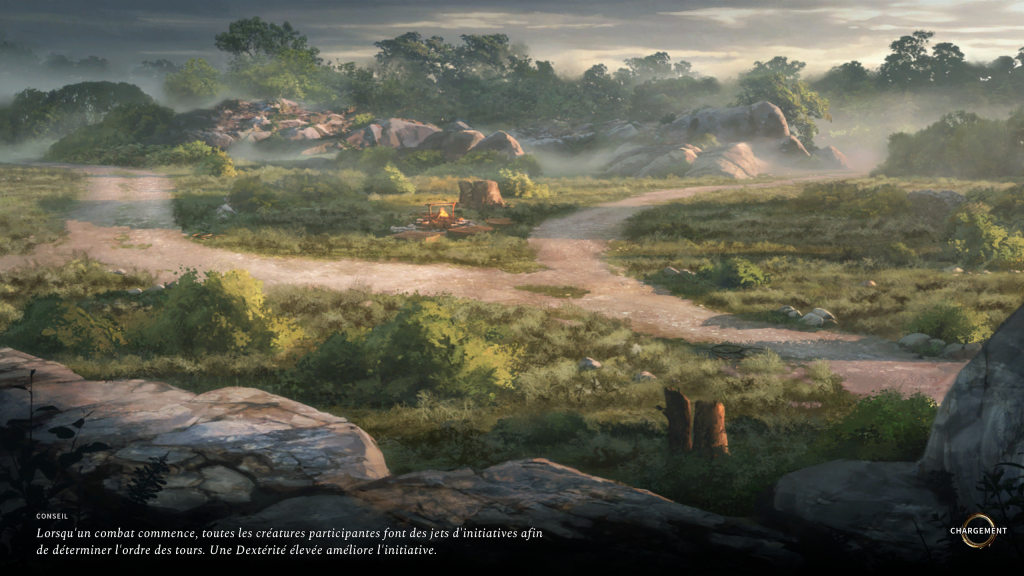 Welcome to the Badlands!

Like any role-playing game (jdr) self-respecting paper, it all starts with the creation of your team. To do this, you have two choices, use the pre-built characters to get into the action quickly or create your own team of four characters. And there, you have an almost infinite choice with, for the basic game, five races with two different lines for the Dwarfsthem elves as well as for the Halflings making a total of eight races. Once the race and lineage have been chosen, it’s time to tackle your profession. Here too, the choices are not lacking. Indeed, six classes are available to you Clericsthem Warriorsthem Paladinsthem Roguesthem Prowlers and the Magicians. Adding the update Sorcerer added this latest class to our creation lineup!

Due to this choice, another will have to be made such as choosing his deity for the paladin and the cleric or even choosing a nemesis for the ranger. Once this is done, the next important choice for your class will be at level 3. You will have to choose an Archetype among the three offered for each class! Which makes a total of twenty-one distinct classes for the base game!
From there, it’s time to give your character a background. And there too, you have something to do. Indeed, you have eleven possible backgrounds, eight of which have a specific quest line in the basic campaign of the game. Then comes the distribution of characteristic points. Here, we find the classic Strength, Dexterity, Constitution, Intelligence, Wisdom and Charisma. It is now time to choose your masteries where your characters will have additional bonuses to their dice roll (in historical knowledge, stealth, etc.). We end up with the physical customization of your character! Special mention on the fact that, whatever gender you decide to play, you can choose the pronoun that suits you between he, she or iel. 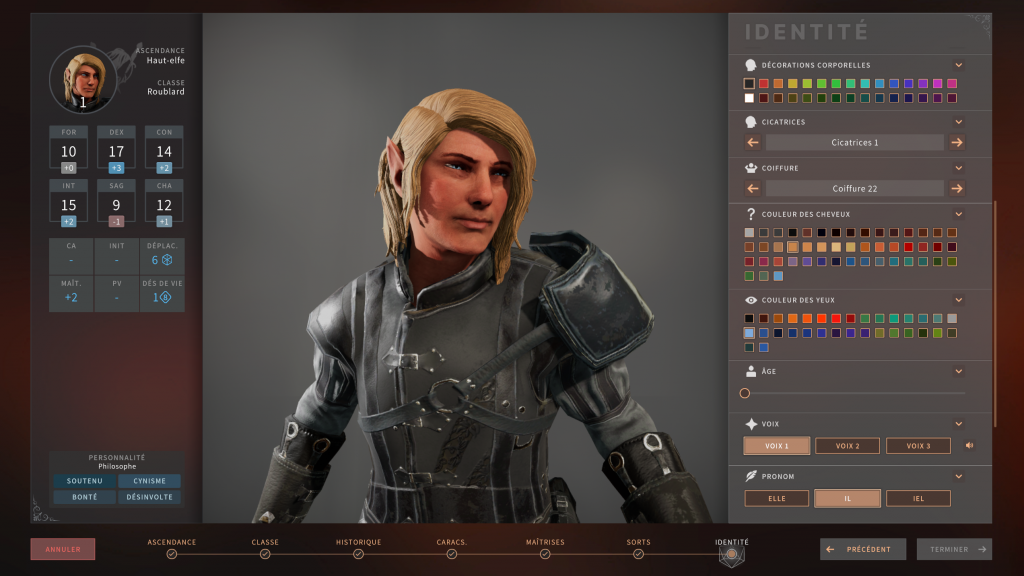 The depth of writing and the randomness of the dice rolls mean that no game will be alike! The scenario is deep, your quest begins with the investigation of a bastion that no longer gives any sign of life. Once the discoveries made on this bastion, you are in search of a much greater danger. However, I won’t tell you more. Because, we have a real pleasure to discover this scenario. To complete only the basic quest you will have at least for a good thirty hours of play.

The quality of writing is punctuated by all the more bewitching music. The choices you make during your discussions will greatly influence the course of the latter, and what will result from it. Indeed, you will make friends but not only, your enemies will be legion!

Your patience and strategy will be put to the test. And for those who want strategic battles without too much relentlessness, there is a mode where they are simplified, just to enjoy the story! The same goes for anyone looking for a challenge. There is a mode with an increased difficulty for which I wish you good luck. As if that was not enough, you can add an option that deletes your save in case of loss of your team! At Tactical Adventures, we don’t do things by halves and we like that! 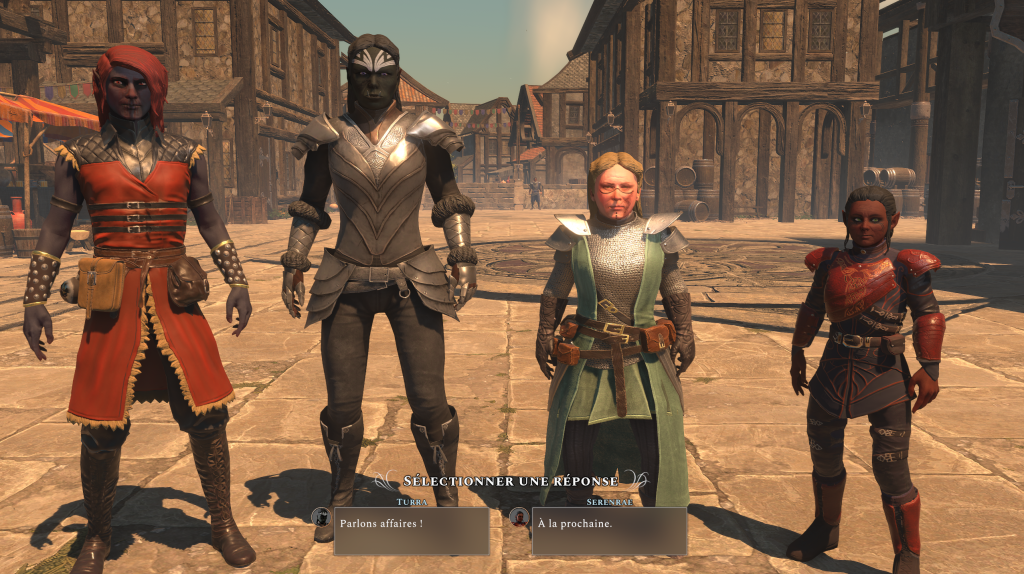 Solasta: Crown of the Magister is good with the dlc it’s better!

Solasta: Crown of the Magister was released on May 21, 2021 with everything you read above! In addition to the dungeon and campaign creator which allows infinite replayability, thanks to the creations of the community, but not only. Because, Tactical Adventures offers us 3 additional dlc. These have all been accompanied by a free update for all players of the game with or without dlc!
The first: Primal Calling released on November 4, 2021. This one brings with it two new classes with their three subclasses namely the Barbaric and the Druid as well as a new ancestry, the Half-orcs and the history of the wanderer! Something to further diversify your group of adventurers!

The second: Lost Valley released on April 14, 2022 with a new replayable and non-linear campaign to lead your team up to level 12. New challenges are offered to you with the addition of a plethora of enemies such as giants and golems. This extension also brings a new subclass for each existing class. This allows, with Primal Calling, to have nine additional subclasses, for even more customization! And, icing on the cake, the Lost Valley campaign can be played in co-op up to four players like around a paper role-playing table!

The last dlc: Inner Strength released on November 14, 2022, adds no less than three classes (theOccultistthe Bard and the Monk) with the four subclasses that go with it (if you have Lost Valley otherwise there will be 3 subclasses). A new ancestry is entering, Dragonborn ! A kind of half-dragon, I let your imagination work to discover how this ancestry was born!

As mentioned above, all of this content comes with free content for everyone. The maximum level goes from 10 to 12 with the addition of content for the creation of campaigns and dungeons, a new system of quests, loot and dialogues. Plus, there’s a new ancestry for character creation as well as brand new customization options for your characters! 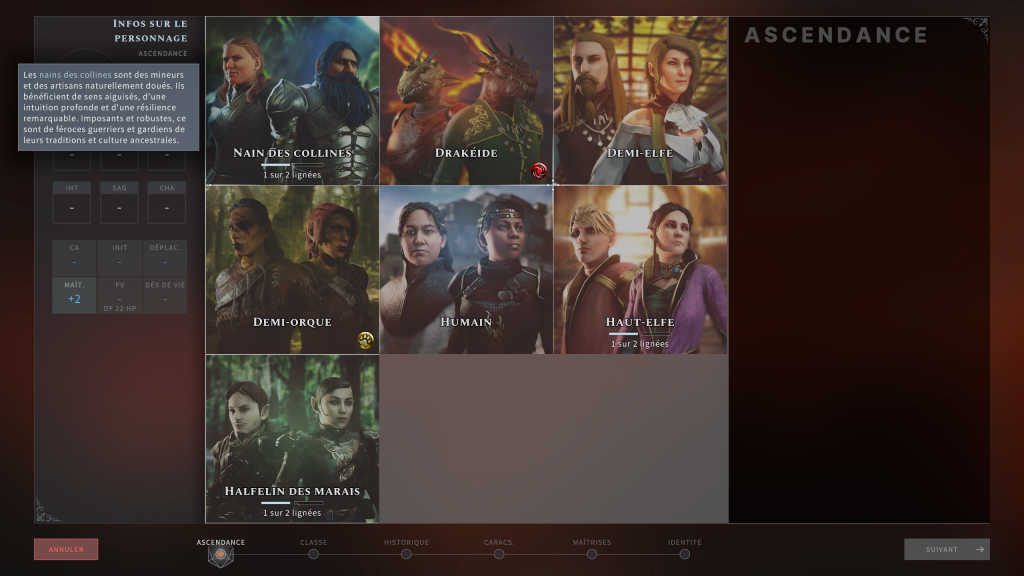 Tactical Adventures offers us here for their first creation a game of unprecedented depth, both in the creation of its characters, and in the scenario! Not to mention that we have there, as for the paper role-playing game, a replayability of which only your imagination (and that of the other players) is your limit. The first-born from the French studio bodes well for the future. But, it is important to emphasize that Solasta is initially directed towards followers of the genre. I strongly advise neophytes to start with one of the two lowest difficulties to avoid getting annoyed by the difficulty of the game. The only downside, in my opinion, for a French studio, lies in the absence of French audio . Besides that, the subtitles sometimes go by too quickly. So we lose a bit of dialogue.
I didn’t go into the script details so as not to spoil the surprise of the discovery for you. The game is so vast that a single article wouldn’t be enough to show you its full potential. I have therefore decided here to fly over the possibilities that this nugget can offer you rather than going into details which will not be particularly evocative for players who are new to the genre.

As you will have understood, Tactical Adventures offers us with Solasta an adventure similar to the paper role-playing game. So meet up with your table mates and get ready to roll the dice and may luck be on your side!