Home page Games Wild West Dynasty – Immerse yourself in this new western that will want your skin?

Wild West Dynasty – Immerse yourself in this new western that will want your skin?

2023 promises to be very exciting from the start of the year for players. And, to illustrate, we note the early release of the brand new game in development from Toplitz Productions and Moon Punch Studio. An early access release date is set for February 16, Wild West Dynasty will be available only on PC, via the GOG, Steam or Epic Games Store platforms. This game is quite unique in its context, discover a taste here. This game was published by Toplitz Productions and developed by Moon Punch Studio.

Wild West Dynasty: A game that has it all

When we talk about gaming, especially on the PC, most players flock to MMORPG type games, or to strategy games, apart from sports games of all kinds. For its part, Wild West Dynasty consists of different types of games, combined through a single one, in order to allow each player to exploit their potential to the fullest. To do this, it should be specified that it is a third person shooter (GST). However, Wild West Dynasty is also a city ​​builder very complete and which promises to be exciting, knowing that you will have to do much more than build a city. You will have to think about working for the good growth of the latter. Indeed, you can present yourself as a candidate to be elected as mayor of the city. However, you will also have to watch out for bandits who come to attack you and prey on your citizens, forcing you to be a gunslinger. Nevertheless, it is still necessary to remind you that, like its name, the story takes place in the heart of the Far West, in the Wild West, in the 1800s, where weapons dictate their laws. 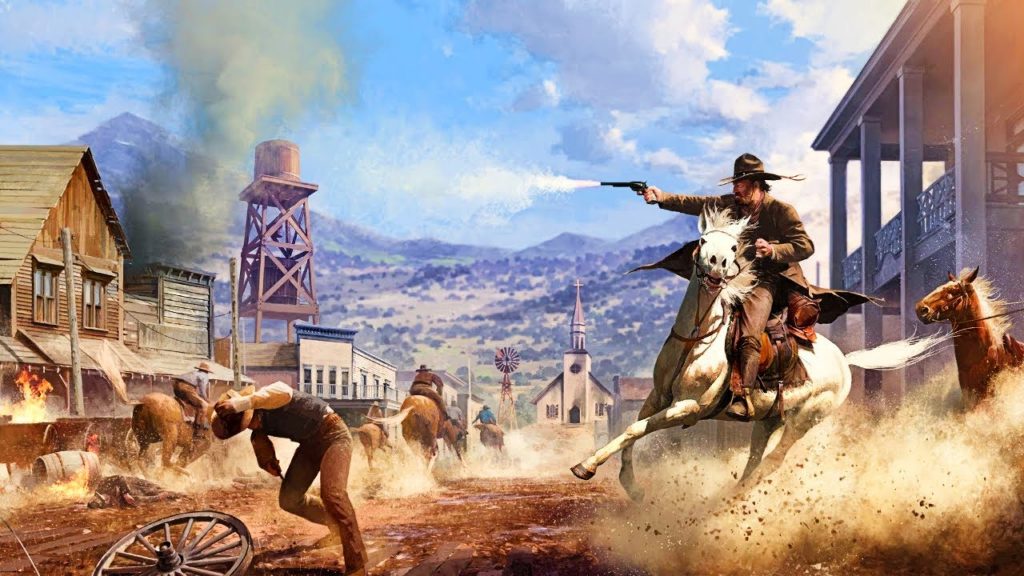 Obviously, you think it looks like another game. However, remember that we are talking about a dynasty here, and a dynasty is never supposed to die out. As a result, you will still have to work to keep your dynasty going, which will require you to find a life partner, start a family, and produce offspring. And, for the story to continue, you will still have to start from the beginning with your child, while enjoying a city that is already quite lively. But, before reaching this stage, you will still have to struggle and survive, because in the Wild West you can get killed at any time. If you survive the wolves, you risk being shot, even worse, you can die under the excruciating effects of the desert heat. As you will have understood, in the wild west, death can arise at any moment. However, if you’re not absolutely a fan of third-person gameplay, you can easily switch to First Person Shooter mode (FPS or first person shooter). Everything has been specially designed to allow you to launch yourself correctly into the conquest of the West, and to put yourself in the shoes of a lone wolf. 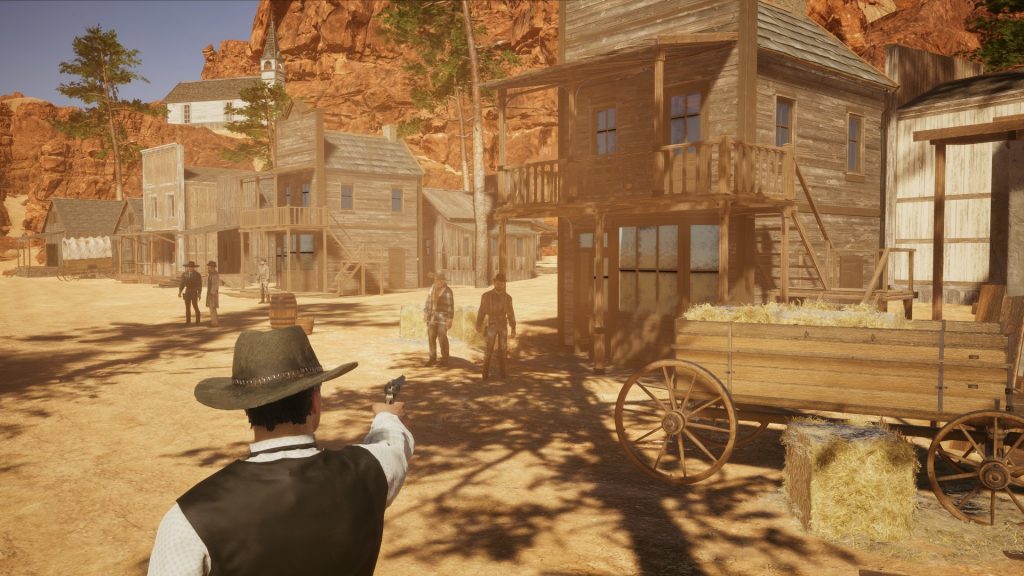 Once in the game, you will play as a lonely cowboy who finds himself lost in 1800, in the Wild West desert, who stumbles upon an old ruined house, and decides to rest there. After careful consideration, the cowboy decides to fix up the house and arrange the premises, and in the meantime, he goes hunting, in order to be able to feed himself, and to earn money by selling meat to the settlers. Once your house is well renovated, expect to receive visitors, and very often, these visitors no longer want to leave and discover the luxury in which you live. This will force you to have to expand your ranch, building houses in turn, until you have a small functional town, with a sheriff’s office, a saloon and everything that goes with it. Once your city is completed, you will be the mayor and will be responsible for it, knowing that the main activity in town is none other than the search for gold mines. Obviously, a prosperous city always attracts bandits, so you will have to be prepared for it, and therefore, practice taking up arms and aiming well every time.

For this conquest of the west, you will have the right to ride a horse, which will allow you to better explore the map and to be faster in your movements. Not to mention that it will also help you save your energy. However, to be able to survive properly, you will also have to manage your resources properly, knowing that some of them are quite difficult to find. And this, in addition to managing the workers and ensuring that everyone is assigned to a task that they master. After you’ve risen to the top of the town, and enjoyed socializing with people, it’s time to drop your lone wolf mask and side with the good guys. You will need to take the time to find a wife with whom to start a family and have offspring, in order to ensure that his dynasty continues for at least decades.

Through this open world, your possibilities are only limited to your imagination, since everything is achievable through this game, because we are talking about a gold digger here. Especially since you can benefit from a well-studied skill tree.