Home page Games Marsupilami – a new adventure is coming to the Marsu!

Marsupilami – a new adventure is coming to the Marsu!

It’s a name that is no longer really new to everyone’s ears, young and old, everyone necessarily knows our little yellow hairy friends with black spots and their long tails that measure eight meters. Indeed, we are indeed talking about the Marsupilami. After a few seasons of absence, our heroes are back in a thrilling new adventure with Marsupilami: The Secret of the Sarcophagus. 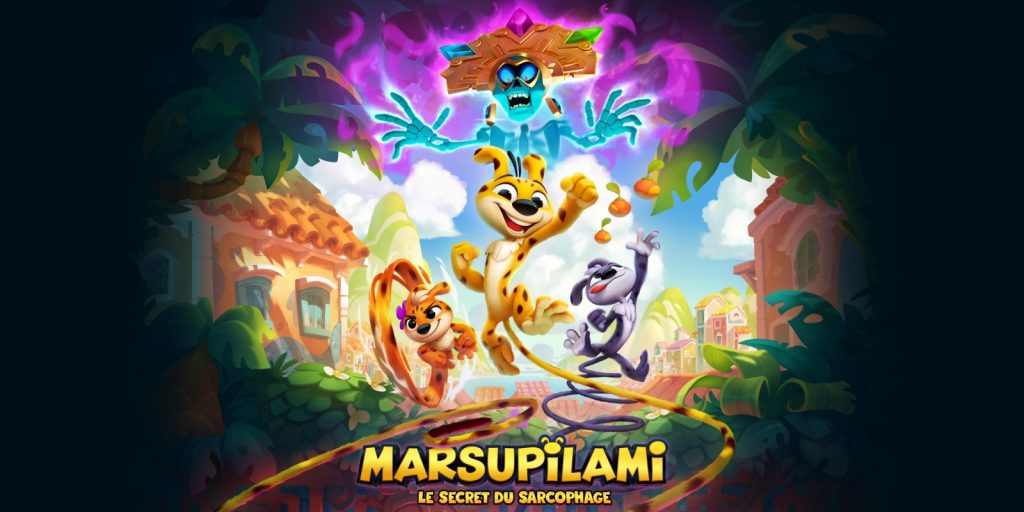 The long journey of the Marsupilami

At the base, Marsupilamis are yellow speckled with black dots. But, after learning about baby marsupials, you may find that one is vastly different from the others. Indeed, the latter, namely Punch, is distinguished by his gray and white coat, which does not prevent him from living perfectly like these sisters Twister and Hope. Present through thirty-three comic book albums published by Dupuis, the marsupilamis are works by the artist André Franquin, notably as part of the Spirou and Fantasio series. After a perfectly successful digital adaptation for television with the film Sur la Piste du Marsupilami with Alain Chabat and Djamel Debbouze, the marsupilamis are also very successful in video games. 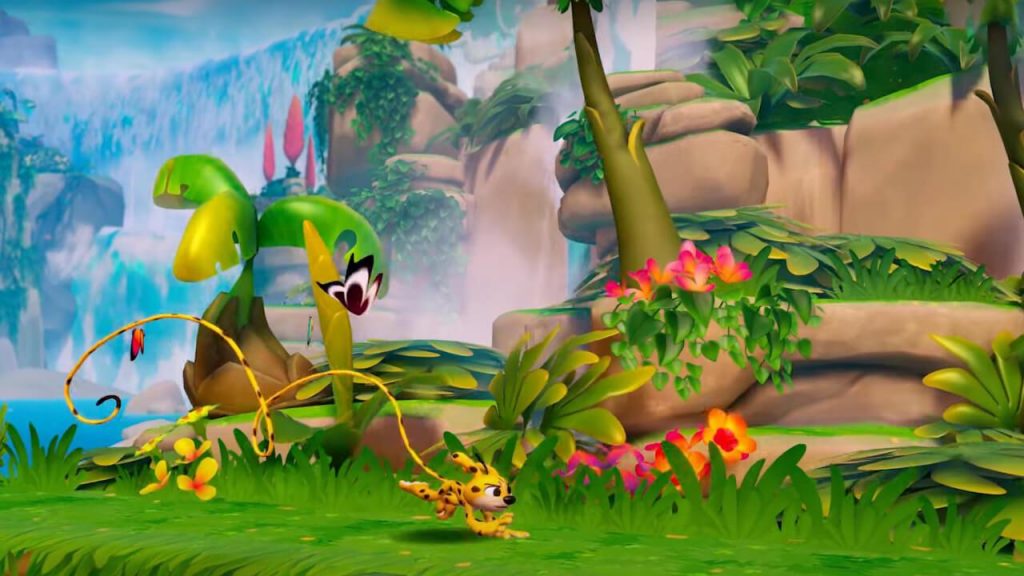 After years of perfecting, the Marsupilamis found themselves at the heart of a new platform game released on November 16, 2021. It seems well appreciated given the good reviews received by the game. On the other hand, it had been noted a somewhat too short for the taste of the players. Thus, this pushes the developers, namely Ocellus Studio, to surpass themselves and to give their maximum to please the players. It is edited by Microids. Many Marsu players and/or fans came to buy it, whether through online distribution platforms or physical distributors. This is partly due to the developers who constantly release DLC for their players, so that they can explore the world at their best.

Marsupilami: The Secret of the Sarcophagus

Indeed, it is the name of the latest game relating to marsupilamis. This game stands out enough from its comrades, insofar as it is largely based on marsupilami children, rather than on their parents, or even less on the main character. This allows you to discover another facet of these hairy little critters. Indeed, after discovering the strength and malice of their father, we would all have liked to have had a little more adventure from his wife and children. For the moment, we are well spoiled. So, even if we regret the absence of their mother a little, we are rather delighted to experience the three children at the same time, and through different levels. Enough to allow you to satisfy yourself properly, through a platform game offered on all consoles. As a result, this allows you to play as much on your PlayStation 4, 5, on your Nintendo Switch, on your PC, as on your Xbox Series X/S and your Xbox One. It remains to be determined if the game is available in a cross-play version (ability to be able to play with your friends using platforms different from yours) or not.

Through this game, you will then be led to play in turn with our cute Punch, Twister and Hope. It takes place across twenty-six different levels and with ten universes filled with dinosaurs. For the little anecdote, everything starts, in Palombia, when while playing, our three little marsupilamis unlock by chance a cursed chest. This chest, however, housed an evil spirit which, in addition to raging and cursing all the animals, brings to the surface many mysterious worlds, long buried underground. Fortunately for them, our marsupials are perfectly immune to this curse. Conscious of their chances, without consulting their parents, the little marsupials embark on a fateful quest, that of saving all the animals taken under the influence of the ghost. However, what our heroes don’t know is that their journey will not be strewn with flowers. On the contrary, their adventure will lead them to face monsters from beyond. And faced with dinosaurs, our little stuffed animals mustered up their courage. Thus, they have launched an assault, in order to defeat every dinosaur and obstacle that will hinder their path. Armed with great stubbornness and various unsuspected faculties, put yourself in the shoes of a baby marsupilami for a moment, and try to transform your cute little marsupilami into a hero of all of Palombia.

The Hidden World of Marsupilami: The Secret of the Sarcophagus

To close the subject, know that since November 16, 2022, a new DLC on Marsupilami: The Secret of the Sarcophagus is available, online and in physical version. This is the Hidden World. It is available on all platforms. This new DLC includes new levels, and original New Worlds, allowing everyone to continue exploring the coasts of Palombia. However, you will also be led to discover new exclusive modes, starting with the chrono mode, a mode that allows players to perform at the highest level, trying to pass a level with a specific time limit.

However, you can also get started on the cataclysm mode, a mode that launches you on a quest for hidden elements, in order to unlock multiple successes, in addition to putting you in front of monsters with sharp fangs. All in a 2.5D universe, which is quite satisfying.

Like
Previous Article
Telethon Digital 2022 – €205,000 raised by streamers
Next Arcticle
Aeterna Noctis in physical editions on PS4, PS5 and Switch!