The ninth generation of Pokémon was released on November 18, 2022 under the sweet names of Pokémon Scarlet and Violet. But, there is no rest at Game Freak. Barely a week after the release of their new production, the first event makes its entrance, namely the Eevee Event Teracrystal Raids which was held from November 25 to 27, 2022. It is now time to make way for the second weekend. Pokémon event event, Pokémon Charizard Black Teracrystal Raids. We tell you here how to best prepare. 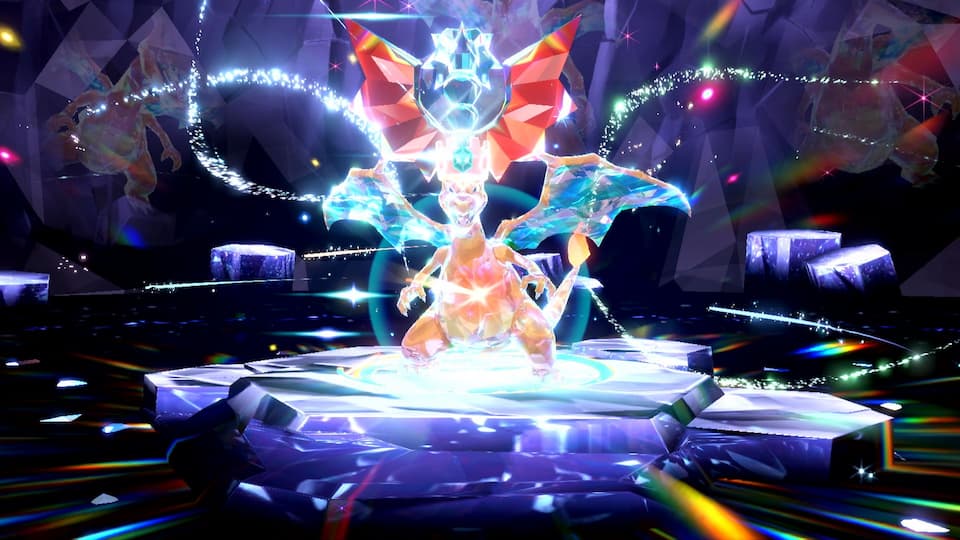 Before you launch an assault on this magnificent and unique Pokémon Charizard, you will have to fulfill some prerequisites. Here I will show you how to unlock raids on your game Teracrystal black which equates to six star raids and in this particular case of Charizard setp star raids! Suffice to say, therefore, that the difficulty will be there. The Charizard raid is currently the most difficult content in the game and to access it, you will have to work a little!

First, you need to complete the main story. This means that you will have to finish the round of the arenas, have beaten the league, finish the Team Star scenario as well as that of the Dominant Pokémon and their secret spices! Once this is done, you will have to complete the additional scenario that takes place in Zone Zero. This accomplished one finally comes the end credits.
But it’s not finished. You will then have to go around the arenas again to finally reach the school tournament! Once the latter has been won, you will receive a call from Jacq (the biology teacher) who tells you that some weird crystals are everywhere in Paldea and that it contains powerful pokemon.
It was from there that I got screwed, so I was looking for those famous six-star raids! I lost three days looking for these stars. But what I hadn’t been told was that to gain access to it, I would first have to participate in five-star raids!

After organizing a successful five-star raid, I get another call. I use the term wisely to organize and not to participate in other players’ raids. In addition, the raid must be successful for it to be counted. So you might have figured it out. This is Jacques behind his desk. He informs us that he saw black crystals. The latter would contain pokemons even more powerful than the previous ones. In addition, they strongly advise us not to approach it. the Motismart, I look at my map for Dark Teracrystal raids (recognizable by their black background behind the type logo). From the first discovery, I rush on it! And here I am facing a six-star raid, not being prepared for this challenge, I quickly found myself ejecting crystal by its inhabitant!

The event itself begins Friday, December 2 at 1:00 a.m. and ends on December 5 at 12:59 a.m. So you have a weekend to capture this one-of-a-kind Charizard! You should know that the Charizard Pokémon is not normally found in Paldea. That’s the only way to get it right now. You should therefore know that the difficulty of seven stars is an event difficulty. This difficulty level is not accessible outside of events. As a result, you should know that the Charizard Pokémon, which we will face in this raid, will be level 100. This is the maximum level of a pokemon. Additionally, he will have a dragon-type Teracrystalisation and will have the “Superpowered” insignia. This insignia makes it one of a kind, as it can only be obtained in a seven-star raid!
You should know that this Charizard can only be captured once per save. But, once captured, you can continue the raids to receive the rewards! All Charizards in the event will have the same characteristics. Do not hesitate to capture them as soon as you have the opportunity!

To access the event, there is no need to have Nintendo Switch Online, an internet connection will suffice. It is enough to carry out the following manipulations namely: “Poké-Portal” > “Mystery Gifts” > “Receive Poké-Portal News“. Once this is done, if you have unlocked the Dark Teracrystal raids, you will see these famous seven-star Charizard raids appear! Without Nintendo Switch Online, you will be able to play solo with NPCs (non-player character) or in local connection. But, it is strongly advised to raid with other players. If you don’t have anyone around, the only option left is to play it online. This is when Nintendo Switch Online becomes necessary.

Tips for facing the raid!

Seven Star Charizard will be from Teracrystal Dragon. Unfortunately, it will be weak against Dragon, Ice, and Fairy type. Knowing that there is still a Charizard Pokémon at the base, it will have in its moveset (technical palette) fire-type and dragon-type attacks. It is therefore strongly discouraged to play weak fire and dragon type pokemon. From there, the best type would be the fairy type. To help you with that, Game Freak has put together two more four- and five-star tier raids!

You will initially have access to Florges (fairy type) and Mimiqui (Wraith/Fairy type). It’s two pokémon can be very useful to fight the creature that awaits you. Obviously, you will have to pay attention to the type of Teracrystal that your pokemons will have!

But, personally, I would advise you to take Azumarill Water/Fairy type with a Fairy teracrystal with the moveset (Cognonbidon and Câlinerie). This pokemon, as soon as its statistics increase correctly and with a level of 100, can easily be used solo for five and six star raids! In addition, he will especially be a very good choice against this seven-star Charizard Raid!
Azumarill cannot learn the Bellywhisper attack by leveling up or CT (Technical Module). To do this, you will have to teach him this attack by Egg moves. Since this generation, learning skills through Egg moves has been made easier! So, you just have to make Azumarill hold the item “Copy Sheet” found at Rezo Cadoizo of Jarramanca. Once done, you will need a Makuhita or Hariyama who knows the cognobidon technique.
As soon as you have all of this, you make your Azumarill forget an ability and have a picnic with your Azumarill and Hariyama team. As soon as the picnic is over, your Azumarill will have learned Cognobidon. 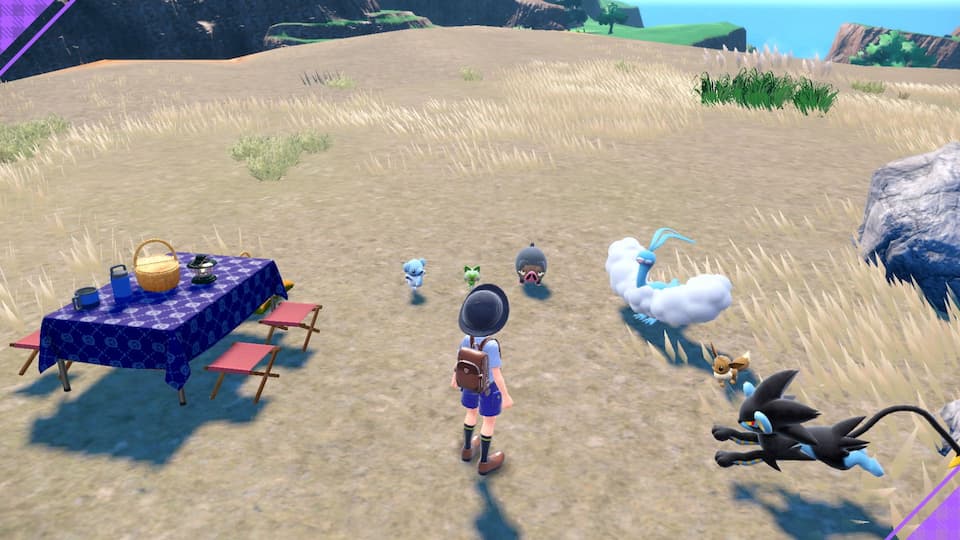 The final word on Pokemon Charizard!

I hope this information has been useful to you. I would like to remind you that the event only lasts from Friday, December 2 at 1:00 a.m. until December 5 at 12:59 a.m. For all those who have not managed to capture this unique Charizard Pokémon, do not panic, a new chance will be offered to you on the weekend of December 16 to 18, 2022.

This is not intended to tell you which game you played, but rather to give you tips and tricks based on my personal experience of the game, in order to make it easier for you to obtain this pokemon!
I remind you that you can only capture one per save. So, be careful not to exchange or release it, if you want to have it with you!

Good raid to everyone!