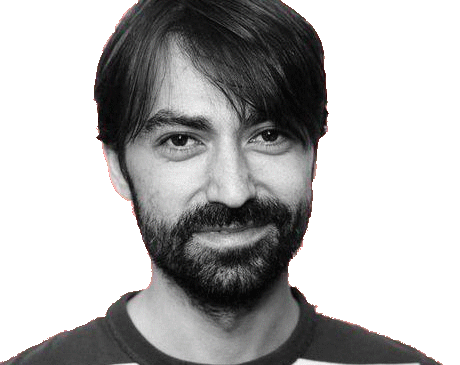 We are interviewing today Sergio Schiavocreator of the game Altero, which we strongly recommend in this article. Sergio is the creator of the Electronic Motion Games studio based in the metropolis of Lille. He came from Belo Horizonte, Brazil and has been developing games since 2012. He started by developing mobile games, but soon branched out into developing video games for PC and Consoles.

Hello Sergio, could you tell us what were your influences for the creation of Altero?

Good morning ! The concept of the game is mainly based on its main mechanics, namely the need to kill your character and solve the puzzles thanks to your ghost from the past. This is kind of a metaphor. Use the past to understand the present. And, from there, we designated all areas of the game: storytelling, art, music, etc. For me, creating all the content with this red thread makes Altero an artistic work that arouses a lot of emotion in the players. Which is my goal and the goal of the studio.

Altero tells a rather dark story, where does the inspiration for it come from?

Always with the aim of arousing emotions, I wanted to create a poetic game. The theme of death flowing naturally from mechanics, I wanted to bring an original interpretation. Often we are afraid of death, but there are also beautiful things in morbidity. And, according to Voodoo culture (in which the main character is based – a Voodoo doll), death is just a passage. So the narration of the game precisely follows this passage of a tormented soul.

And, the atmosphere, rather sad and solitary, therefore serves to reinforce the narration?

Exactly, as I said, it is possible to find beautiful aspects in death. That’s why I wanted the game to be “drawn” in a rather traditional way. The artists are inspired, for example, by the works of Studio Ghibli (Spirited Away, Princess Mononoke). Again this reinforces the poetic side of Altero, while following the central theme to arouse strong emotions. I remember a streamer who was playing Altero and had to quit because the story really touched her and made her too emotional to continue. This kind of reaction is our ultimate goal.

Altero is beautiful, but also has very challenging puzzles! Where does this come from?

I love puzzles! And, the more difficult they are, the better! Which, I admit, can be a problem. In fact, from the first tests of the game, I realized that most players got stuck way too early in the game. But, at the same time, I didn’t want to do only easy puzzles. The solution was to not make all puzzles mandatory. You can finish the game without solving all the puzzles, allowing the player to “choose” their own level of difficulty. Not to mention the fact of being able to come back at the end on the unsolved puzzles, to try to finish the game at 100%. We must not forget that the game is very accessible, so the execution is easy. What can be difficult is the logic to solve the puzzles.

Altero is your first game on PC/Consoles, how was the adventure of developing and creating an indie studio?

I started developing the game on my own on Unity. But, I was careful to produce content that would be easy to use as a team. When the project started to take shape, I started collaborating with an illustrator friend, Reinaldo Rocha, and then a second illustrator, Fabio Lino, both freelance.

For the music, I collaborated with Thiago Adamo, creator of the Game Audio Academy school. We made a competition and the best students were selected to create the soundtrack. This was also a way to help them initiate their careers and start a portfolio. Helping the indie community (independent) is a strong value for me.

The creation of the studio was another story. I’m reckless and I went for development. At some point, everything became “more serious”. And, I had to do all the other less fun parts: administrative, contractual, marketing, financial. You have to know that it takes up a lot of time and that it has nothing to do with the passion I have for creating games. It is precisely necessary to be very careful that these aspects do not take over the desire to create. Especially since the current market is very competitive and publishers (editors) increasingly demanding.

What are your plans, Sergio Schiavo, for the future?

I am currently in the challenge of porting Altero to consoles (Xbox, Playstation and Switch). They are more and more open to indies, but it remains difficult to do everything alone to be accepted. But, I like this challenge, especially to realize the dream of seeing my game on a console!

And, as for the future, it necessarily depends on the success of Altero. Ideally, I would like to add content through DLC (download content or downloadable content) and try to create a supportive community for indie developers. I’m also working on two new prototypes. The goal is to move forward with development until one of the two is a natural choice. And there, we rewind and start again without making the same mistakes, as on Altero!

Many thanks to Sergio Schiavo for answering our various questions. We wish you much success with Altero and in your future projects.